The first day of spring in the Northern Hemisphere - March 21st has been celebrated as the #InternationalDayOfForests or #WorldForestDay since 2012.
This year's theme is #Forests & #SustainableCities both central to the 17 Sustainable Development Goals - #SDG11 is prioritizing Sustainable Cities & Communities and #Forests are significantly covered in SDG15 - Life on Land as well as lucky number 13 #ClimateAction.

At a recent workshop on How To Redesign Environmental Education in Schools I realized what a blessing it was to live in Chennai and spend most of my life cocooned in the of the locality of Besant Nagar.ps://twitter.com/10sunshinegal/status/973122451675561984

#Chennai blessed with many #Urban Forests both natural and man-made/man supplemented after destroying original forests! And Besant Nagar a beach side locality snuggled between the  famous Elliot's Beach and the green campuses of International Headquarters of the Theosophical Society and the world-renowned performing arts school Kalakshetra as well as two Central Government Staff Quarters and the Reserve Bank of India Staff Quarters which all have significant gardens and trees.The temperature in this locality is much cooler than most of the city thanks to the lush green cover. It's also a biodiversity hotspot and is also home to the famed Adyar Banyan tree. This banyan (Adyar Aala maram) which is located in the campus of Theosophical Society is believed to be about 450 years old and is one of the largest banyan trees in the whole world - it's the second largest in India.

I have realized that my connect with nature and awareness of it was fostered in a childhood surrounded by urban forests. Many of the present generation have lost this connect with trees and wooded areas as the gated communities seem to be more focused on lawns, flowering shrubs, sculptures and fountains! In addition to being built on "dry" water bodies and marshlands.

But to get back to the topic Chennai as a metro is more sustainable than many others in India and the world thanks to the number of Urban Forests, Parks as well as Green Campuses. These include the following green lungs of the city:

While Tamil Nadu has been in the news recently for the mishap to trekkers in a Forest Fire. The connect with the forest and spending time amidst trees should not be eschewed. As the most hard-working race the Japanese believe there is healing possible when you spend time in the forest - Forest Bathing or the Japanese custom of Shinrin-yoku or Forest Therapy. The healing way/medicine/prescription of simply being in the forest. Shinrin-yoku is a term that means "taking in the forest atmosphere" or "forest bathing." It was developed in Japan during the 1980s and has become a cornerstone of preventive health care and healing in Japanese medicine. This must be adopted by society in general as much as Japanese corporate streamlining practices are coveted in corporate culture.

Spending time amidst nature - switched off from the internet and phones can strengthen the mind. Just as gardening has a therapeutic effect on mental health, time in forests heals the psyche and the mind - an advantage for a population in the jaws of a significant mental health crisis.


The award-winning Eco-Tree Project based out of Chennai and the backyard forest creating startup  Afforestt of Bengaluru and their efforts to create forests in the urban jungle needs to be lauded on this day celebrating Forests and Sustainable Cities.

But on the day celebrating the Forests as well as other days we need to give thanks to the many forest makers of India need do our little bit to help the cause. 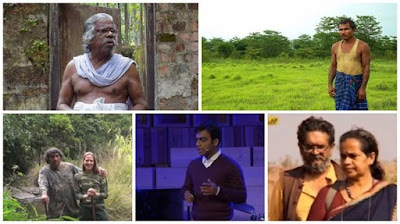 The efforts of these people as well as the natural advantage have helped ensure that India is among the Top Ten Nations in the World with regard to Forest Cover as per the Ministry of Environment, Forest and Climate Change report India State of Forest Report (ISFR) 2017 released last month.

Overall mankind will benefit once we start valuing the tree and forests - transitioning from a hydrocarbon driven economy to a carbohydrate driven one would enable more equitable development, as mentioned by Dr. Ranil Senanayika, Sri Lankan proponent and pioneer of Analog Forestry at the 5th Asia Pacific Adaptation Network Forum in Colombo in October 2016.

More information on the benefits of urban forests in cities @ http://www.un.org/en/events/forestsday/